So we released 3ds Max 2020. Key features from my team is the fact that (almost) every OSL shader (even third party) is automatically transcoded to HLSL for use in the viewport, plus we threw in 14 brand new OSL shaders, and updated a few (UDIM support in Bitmap Lookup and Blend Mode support in Composite). And of course some bugs.

I think Eloi's video shows off all the new features quite nicely - enjoy:


There's also a new Arnold version with GPU support you can download.

Note two things: First, the version version does not come in-the-box with Max, you have to download that update yourself; This is because Arnold has a much faster release cycle than max itself, and a much leaner release pipeline, often leading to this seemingly "strange" situation where there is a brand new max release, yet on day 1 there is also an even newer Arnold release.

3ds Max 2019 crashing on startup for some users 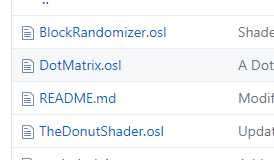 Downloading OSL shaders from GitHub and using in 3ds Max 2019